Excellent gift book, Idlewild & Woodland Park, MI (An African American Remembers) is an 86-page, diary format book of interviews by some of the individuals who helped to create the two communities. Each story is unique to their own family’s journey. 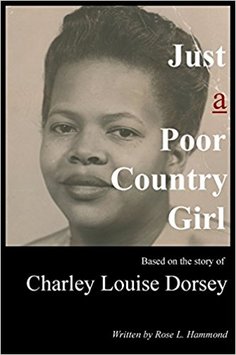 Just a Poor Country Girl is the story of Charley Louise Dorsey (Hammond) who was born in Natchez, Mississippi. As a young girl, Louise, as most people know her was taken away from her father, relocated to Chicago, Illinois, then to White Cloud, Michigan. She would marry, left to raise six children on welfare.

As quoted from the book, Charley Louise stated, “Welfare doesn’t pay enough to feed six mouths.” She was accepted into the Michigan State University Food Supervisory curriculum. Charley Louise and her class graduated in 1968. A class picture was purchased from the Michigan State University Archive Department. Gaining employment with Butterworth Hospital Charley Louise began to disconnect herself from the Welfare system, later in life to own Louisa’s Catering Services which was an established business in Grand Rapids, MI for many years until her retirement. She always tried not letting life define her, but she defining life. Just a Poor Country Girl is a 254-page non-fiction novel and part one of the series. 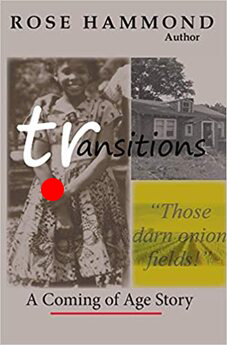 ​Transitions begins with a young Maggie Dorsey, a skinny-legged, shy, eleven-year-old, who like so many families come from a divided home. She is part of a siblingship of four brothers and one sister who live in a small, two-bedroom home on Rural Route 1, a dirt road, seven miles from the city limits of White Cloud.  The mother is the sole provider and decision-maker. Transitions is a 187-page non-fiction novel and part two of the series..

Fridge Rectangular Decorative Design Magnets
These magnets will be a strong asset to your refrigerator or file cabinet.  They're approximately 2x4 in.

You can purchase the coasters from my Etsy Store.
Buy Here

Purchase these Mugs on my Etsy Store.
BUY HERE
Proudly powered by Weebly